On Call - In Home - Mobile Chiropractor
blog-streampageUncategorizedCan we afford to be this sick-Do we need to be...

Today’s headline is, “Hospital-Based Doctors Behind Surge in Medicare
Spending.”  It turns out that when Medicare patients are treated by hospital doctors,
they check out sooner than when their primary care physician followed up, but
they were also more likely to return to the hospital over the next month —
leading to a potential extra $1.1 billion for health services.  They returned because they were kicked out while still being very sick.  It’s astonishing that the general public thinks that a few drugs in a hospital setting can reverse years of poor life style choices that led to their life style disease, such as diabetes and cardio-vascular disease.  But don’t feel bad general public, obviously the authorities believe this too.

While everyone is concerned about the cost, no one ever discusses what you get for that money.  Apparently, you get a lot of sickness.  While it is comforting to think that doctors
are like those actors portrayed on T.V. where the doctor has no other patient than the one in that episode and that not only the doctor, but all his colleagues have nothing to do but discuss this one case, well, the headlines above reveal quite a different story.

A visit to your doctor is not the number one cause of death in America because
they practice like the T.V. doctors.   Actually, considering that they are the number one cause of death, maybe you would be better off seeing an actor.  Health care is big business and your doctor was trained by the pharmaceutical industry to do one thing.  Sell drugs.  The more drugs they sell, the sicker the country gets, and the price tag just keeps going up.

I think one reason chiropractors are hated so much by the people in charge is that if the public were to get well naturally, the entire economy would collapse.  Our GDP is dependent upon you being sick.  I guess you can feel like a patriot over not taking care of your health.

Most people think of chiropractors only for low back pain.  Even when studies come
out, just this year, proving that chiropractic is much more effective for low back pain than medical treatment, and that study actually wondered if medicine was of any value at all in low back pain, chiropractic still winds up on the bottom of the heap when people choose a health care provider.  I’m sure if I was to ask that you consider chiropractic care for maintaining general health, you would think, that now I’ve certainly lost my mind.

The reason Americans spend so much on health care is because we don’t have a system
of health care, we have DISEASE CARE.

These two headlines from the last week of July and first week of August, 2011 prove
what many chiropractors have said for the past 30 years.  Except things are a lot worse now than when we first started sounding the alarm.  With stats like these, I would think that you might want to try things a little differently than what is advertised on T.V.

You might want to consider the chiropractic lifestyle that promotes natural healthy
alternatives as opposed to living on drugs with so many side effects, that the announcer at the end of the advertisement can’t read them all, even as he raises his rate of speech to a garbled, 100 words per second. 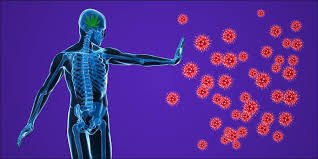 Our war on bacteria; a war on ourselves. It’s time to rethink this war.

Embryology can save you from a back surgery that may not help you.

The most healthiest prescription is never prescribed. Part 4 and the end.

The most healthiest prescription is never prescribed. Part 3