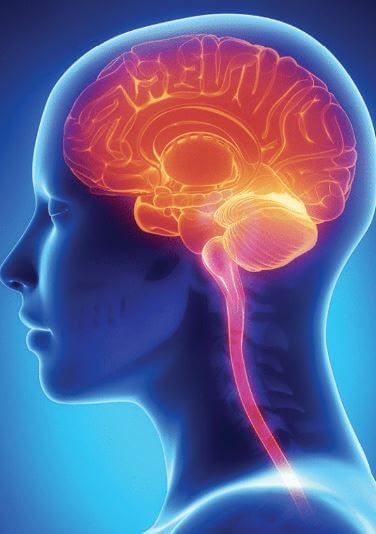 Our health care delivery system is doomed if we continue to put the majority of our resources into pharmaceuticals.  Mechanical biology is just as important as chemistry.  If we ignore mechanics we’ll never get the best outcome in health care.  I didn’t come up with that, I read it in some study from Harvard.

We are being legally poisoned. The problem is that the blood brain barrier is not well developed until after the first year of life.  So all those first year vaccinations are shooting right through the blood brain barrier and getting directly into the central nervous system.  We get a lot of problems in the synapses and then all kinds of more problems that are downstream from there.

One out of six kids is diagnosed with a learning disability.  We cannot make healthy kids because the medical industry feels that we need better access to toxic chemicals.  Chiropractors are the leaders to the not patternable approach to health care.  Chiropractic care costs the country 5.5 billion dollars.  That means that chiropractic is .2% of the health care budget.  20% of 1% is how much Americans spend on chiropractic.  Mechanics rule cell biology.  I didn’t learn that in Cell Biology class in grad school, but it’s now in Pub Med.

We know what controls the immune system is the sympathetic nervous system.  A mechanical input into the spine directly communicates with the sympathetic nervous system.  The average number of drugs for Americans in 2012 was 12.  If you are not taking any, someone else is taking 24.  Some patients are on over 30 drugs.  Health care should be not needing all those drugs.

The Sufrentes study came out in March of 2011.  It found that chiropractic care was superior to medicine and physical therapy.   The doctors and P.T.’s saw the patient until they reached what they thought was maximum medical improvement and told them, ” see ya”.  Chiropractors say, see you next week.  Chiropractors call this maintenance care. The study found that by spending money on weekly chiropractic care caused their health care costs to drop dramatically.  People got healthier with more chiropractic care.  The use of drugs, surgeries, everything decreased.  More importantly, re occurrence of problems dropped.

When I was a kid, the teachers would yell at my parents for sending me back to school after being out for 3 days with the flu.  All the other kids could be out for as long as 3 weeks.  I was receiving chiropractic care since I was 2 years old.  My mother would say that I was not sick and could return to class.  How is that possible?  We now know that Secretory Immunoglobulin A rises significantly with a chiropractic adjustment.  That is the immunoglobulin in your immune system that fights the flu.  But we also know that our microbiome in our gut is a big part of our immune system.  The Vagal nerve controls our gut and even communicates with the cells that are not human, the bacteria in our gut that help us to be human.  The Vagal nerve receives strong input from the spinal joint nerves when they are adjusted by a chiropractor.

The best government money can buy means our health is for sale to the drug companies.  This is a 34 Trillion dollar problem.  Allan Greenspan said that the biggest threat to the U.S. economy is Medicare.  Our debt is greater than our GDP so we have that in common with the failed state of Greece.  Our GDP is around 15 trillion.  Our debt was 16 trillion in 2012.  That 16 trillion does not have the debt of Medicare and Social Security added to it because that might jolt some people into consciousness.  This would make it more like 38 trillion dollars.  Some studies say that our actual debt as of 2012 was 62 trillion dollars.  38 trillion of that is Medicare.  You might also want to think twice about politicians that claim the solution is Medicare For All.

We have a health care delivery system based upon chemicals that have a pattern rather than taking care of yourself.  We’re going to go broke if we don’t take better care of ourselves and that is what the chiropractic lifestyle is all about.  Of course you need a little help to get your body to work right, but you don’t need trillion of dollars worth of drugs that make you worse.

Our government system now, wants you to get sick and take a drug.  Chiropractors want you to stay healthy.  The federal debt only tells us what it owes the public.  It doesn’t tell us what is owed to seniors and veterans.  They don’t have the money for any of this.  So they borrow all these trillions to pay the benefits to people.  By the time the baby boomer generation peaks, the medicare debt will be 52 trillion dollars.  We don’t need all of this.  We could choose to get healthy.

Stay tuned for some tips on how to get healthy.

Some more tidbits about nutrition with a few coherent thoughts

Some bits and pieces and a few coherent thoughts on Nutrition.

What is Chiropractic Good For? Probably Not What You Had In Mind?

There is no charge to speak with Dr. Malakoff. Call (310) 663-9975 for a free emergency or non-emergency phone consultation.