On Call - In Home - Mobile Chiropractor
blog-streampageUncategorizedPart 9 on Longevity – Our Toxic Planet...

Part 9 on Longevity – Our Toxic Planet How It Makes Us Sick And How To Survive It. 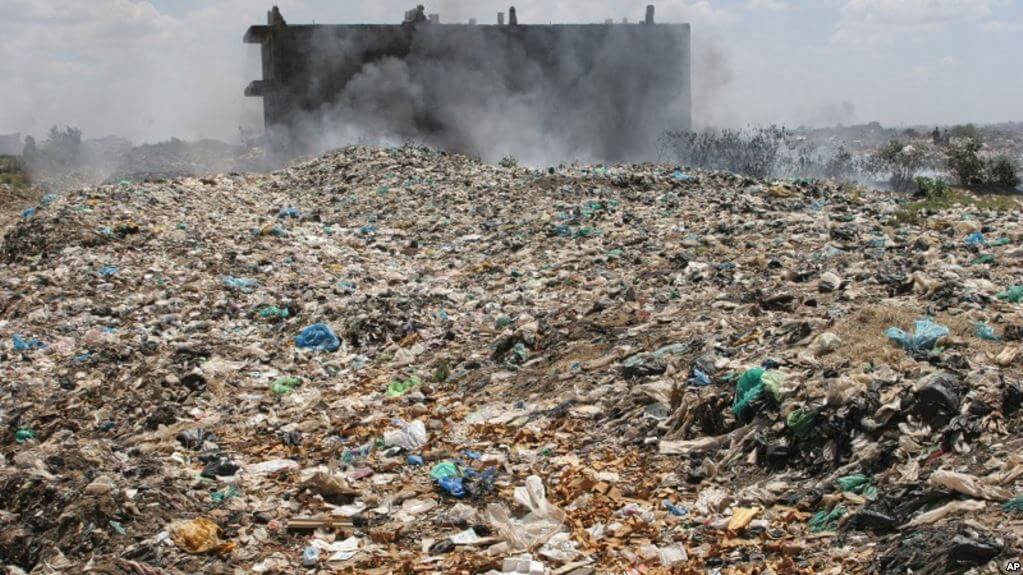 Is it possible to be healthy when our planet is sick?  A recent study tested the blood of hundreds of people for the presence of 550 toxins and chemicals.  They found 497.  Some of these have been banned for decades.  Humans are a very arrogant species.  We somehow believe that because we have these big brains, that we can communicate, that we can share our ideas, that we can do math and measure things , that we can outsmart the planet.  Our planet is smarter than we are.  We have been performing a large amount of uncontrolled experiments for the past several decades where we release all kinds of toxins into the environment and we have no idea how it is going to impact future generations.  The preliminary research so far is not encouraging.

Changing the environment changes humans and this is not understood by the people in charge.  The two things on the planet that drive everything that is alive are the oceans and the soil.  We put 1.5 billion pounds of glyphosate every year into our soil because we do not like to pick weeds.  People that have been eating organic for 20 years had over 60 different toxic chemicals in them.  While we may be dumping the poisons in one place they end up everywhere.  This may be one reason for the exponential increase in chronic diseases including cancer.  We have diseases in children that didn’t exist not too long ago.  The toxic load that we have is greater than at any other time in history.  Over 80,000 chemicals have been developed since the 1900s.  Most of them are not tested for safety.  We have exposure to mercury, lead, arsenic and many other heavy metals that are poisonous.  Men on average use six personal care products and women use 12 every day.  That puts us at being exposed to about 168 different chemicals every day before leaving the bathroom in the morning.

Some scientists estimate that the human body is storing about 20,000 different chemicals.  Our bodies have to carefully separate these chemicals so that they don’t react with each other.  Our bodies are reaching the point where they can no longer do this.  That is the breaking point where we become chronically ill.  Our toxic environment is the main contributor to the increase in cancer.  We are seeing a rate of disease that is increased faster than can be explained by genetics and evolution.  This leads us to realize that there is something external causing this uptick in pathology.  Disease rates for diabetes, cardiovascular disease, autoimmune conditions, cancer, etc., can be charted on a graph and an identical line can be traced over it representing the introduction of chemicals in commerce.  This is swept under the carpet by the people profiting from the chemicals.  If they do study the toxicity of a chemical they only look to see what the amount is that will cause disease and anything just slightly less than that is okay.  This method of determining what is permissible is totally inadequate since these toxins accumulate over time.

You can die in minutes from high levels of toxins or we can just die slowly with slightly lower amounts.  Our mitochondria that give us energy and life are exquisitely sensitive to toxins.  When our mitochondria become sick we become sick.  The amount of chemicals we are exposed to is overwhelming.  Our liver, which is our primary detox organ cannot handle the load that we are dumping on it.

There are things we can do to excrete these toxins from our bodies.  The body has organs and systems that are appropriate for detoxification.  Even just sleep is part of our natural method for detoxifying.  Ironically, most people have sleep disorders these days.  To make things trickier, toxins disrupt the systems that are meant to get rid of them.  Your liver and kidneys can be flushing out your endogenous toxins which are part of our metabolism.  When we get overloaded with toxins these organs can shut down and no longer perform the jobs they were meant to.

Toxins greatly affect our epithelium.  One purpose of epithelium is to line all blood vessels.  We see a lot of cardiovascular disease these days.  The biggest damage however may be to our immunological function and autoimmune disease has skyrocketed.  They also interrupt the harmony between the parasympathetic and sympathetic states that affect our brains.  Normally we go into our sympathetic state and get things done.  Then our parasympathetic system takes over and we relax and reset for more stress.  Toxins interfere with this harmony.  Toxins shift this to being constantly on the side of fight or flight, which is stress that doesn’t allow the rest of our body to function properly.  This turns off the repair mechanisms in our body and we prematurely age.

These every day chemicals bind to our proteins.  They become new antigens.  Now they are triggers for inflammatory responses.  Scientists feel that 10% of the population have now developed antibodies to our environmental chemicals.  This is a very dangerous situation.  If we have antibodies against BPA, then our immune system is attacking our own shields.  People go to Starbucks and drink hot coffee.  They remove the lid and that steam they breathe in his full of BPAs.  Now they go to work and their office is contaminated with formaldehyde products.  This and more is happening every day and it breaks down our tolerance until we go see the doctor and are given medications that begin a further cascade into hell.

Mercury is a great precursor to accumulating more metal toxicity because it breaks down the enzymes that could detoxify some of these poisons.  Now add some radiation from your cell phone and you might be complaining about brain fog if your brain is still working well enough to remember that you feel foggy.  If it is not, you are on your way to Alzheimer’s, which is also getting at epidemic proportions.  Methylmercury comes from fish.    Inorganic mercury comes from dental amalgam and can also come from the breakdown of methylmercury from fish.  These different forms of mercury move through the body differently and deposit differently and they come out differently.  Mercury levels must be tested for with excretion ability measurements.  This involves getting a chelation intravenous treatment and then 24 hour collection of urine.

We have organ systems to get rid of toxins, but microbes also help us remove them.  Two groups of mice were studied.  One group received antibiotics and one didn’t.  Then both groups were given Mercury.  The group that were given antibiotics retained more Mercury in their brain than the group of mice that didn’t.  Working backwards this indicates that our microbes remove toxins.  What else do doctors give us besides antibiotics that destroys the health of our gut bacteria?  Proton pump inhibitors such as Prilosec.

Detoxification and inflammation are polar opposites.  Inflammation is used by our body to kill an infection.  When we are inflamed we are down regulating detoxification.  Our G.I. tract is one of the biggest areas where inflammation is being controlled.  When you have a bad biome you tend to get a leaky gut which is defined as intestinal hyper-permeability.  A leaky gut is the excess passage of biological agents like microbes, toxins, metabolites, and proteins from the gut cavity, to the gut lining, and into mucosa and blood stream.  When your gut is leaking you are letting inflammogens into your system.  When this is occurring you’re not detoxifying.  Mercury especially attacks the kidney.  Once your endotoxins are in concert with Mercury, the damage to the kidneys becomes eightfold.  Our body’s natural waste, the endotoxins can affect our kidneys.  This shuts down the kidneys ability to transport Mercury out of our body.  That Mercury goes into the rest of the body.  A safe place to store toxins is in fat if they are fat-soluble toxins.  Some people diet very hard but cannot lose their fat because the body is holding onto that fat for dear life because it knows there are poisons that are going to come back into the body if it lets go of that fat.

While most people know that mercury and lead is a problem they don’t think much about cadmium, which was used as an anti-rust compound to protect rebar, which is in every building.  As the rebar slowly deteriorates the cadmium finds its way into our water supply.  Cadmium will most likely be the next crisis regarding toxins in our body.  People that smoke look older and one reason is because they are inhaling cadmium.

In the 1960s, DDT was massively used until it was found to be a health issue and was banned in the 70s.  In the 70s lead was in everything and then banned in the 80s because it was discovered to be a health problem.  Asbestos was used for over 60 years before it was banned.  You can bet that our government considers a lot of chemicals safe right now that will eventually be banned.

Metals stick to sulfhydryl groups.  A sulfhydryl group is defined as a group of highly reactive sulfa-based organic compounds found in a variety of biological agents like amino acids, enzymes, and cofactors.  They are also known as thiol groups.  Our thyroid glands are loaded with sulfhydryl groups.  That is why the thyroid is a big target for heavy metals.  We see a lot of thyroid dysfunction and a lot of it is due to heavy metal toxicity.  Toxic metals only attach to tissues in the body that require metals.  If there is not enough copper, zinc, or iodine, then things like lead, cadmium and nickel can take its place.  Our mitochondria create energy through electron transport and that happens through complex enzyme systems that require metals.  When these metals are replaced with toxic metals our energy systems breakdown rapidly.

At the Flint Michigan site and other cities around the country, they decided to check to see if there was lead in their water and there is.  Lead is a devastating contaminant to have in our drinking water.  Life cannot exist on this planet without water.  Water has a great capacity to carry information.  Water carries energetic input.  If we cannot get water from our environment than we cannot get information that is required.  We see advertisements for water that has been filtered seven times.  That means we’re drinking water that has seven times less information that came from our earth.  We drink water that has been shipped from other parts of the world and that water has information in it for people with a different biome, so we are not getting the right information from that water either.  Water connects us to the outer environment but it integrates our internal environment.

There will be another installment about Toxicity in this long series on longevity, so stay tuned.

Some more tidbits about nutrition with a few coherent thoughts

Some bits and pieces and a few coherent thoughts on Nutrition.

What is Chiropractic Good For? Probably Not What You Had In Mind?

There is no charge to speak with Dr. Malakoff. Call (310) 663-9975 for a free emergency or non-emergency phone consultation.